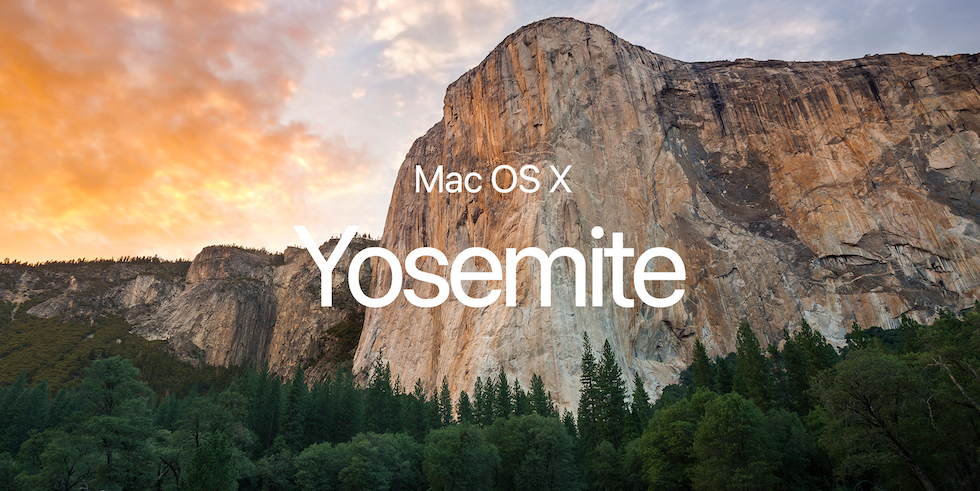 OS X Yosemite was announced and released to developers on June 2, 2014, at WWDC 2014 and released to public beta testers on July 24, 2014. Yosemite was released to consumers on October 16, 2014. Following the Northern California landmark-based naming scheme introduced with OS X Mavericks, Yosemite is named after the national park.

OS X Yosemite is unsupported as of August 2017 and the last released update is OS X Yosemite 10.10.5. iTunes is no longer being updated, but does have partial support for newer devices.

All Macintosh products capable of running OS X Mountain Lion (v10.8.x) are able to run Yosemite as the two operating systems have the same requirements.[5] However, to take full advantage of the Handoff feature, additional minimum system requirements include a Mac with Bluetooth LE (Bluetooth 4.0). As with Mavericks and Mountain Lion, 2 GB of RAM, 8 GB of available storage, and OS X 10.6.8 (Snow Leopard) or later are required.

These are the models that are compatible with OS X Yosemite:

The OS X Yosemite 10.10.5 update improves the stability, compatibility, and security of your Mac, and is recommended for all users. This update:

For detailed information about the security content of this update, see Apple security updates.