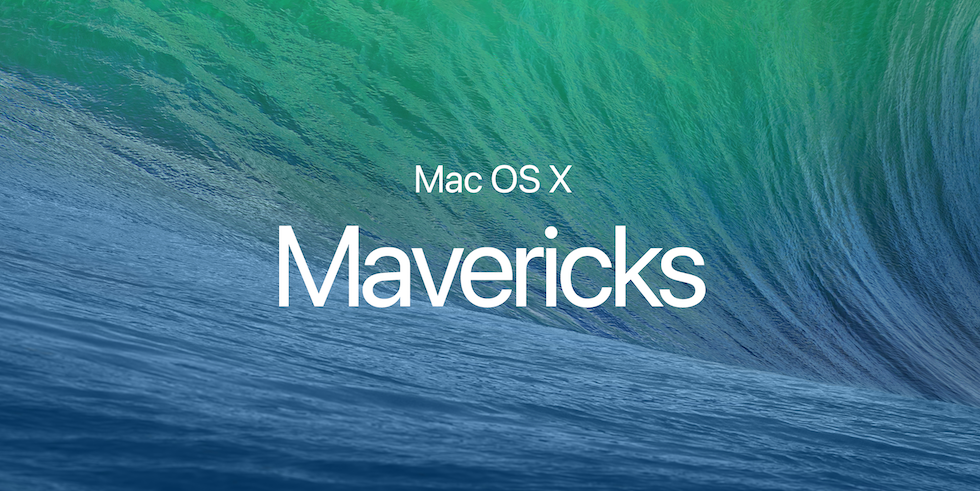 Apple announced OS X Mavericks on June 10, 2013, during the company's Apple Worldwide Developers Conference (WWDC) keynote (which also introduced iOS 7, a revised MacBook Air, the sixth-generation AirPort Extreme, the fifth-generation AirPort Time Capsule, and a redesigned Mac Pro). During a keynote on October 22, 2013, Apple announced that the official release of 10.9 on the Mac App Store would be available immediately, and that unlike previous versions of OS X, 10.9 would be available at no charge to all users running Snow Leopard (10.6.8) or later.

OS X Mavericks is unsupported as of September 2016 and the last released update is OS X Mavericks 10.9.5. iTunes is no longer being updated, but does have partial support for newer devices.

OS X Mavericks can run on any Mac that can run OS X Mountain Lion; as with Mountain Lion, 2 GB of RAM, 8 GB of available storage, and Mac OS X 10.6.8 (Snow Leopard) or later are required.

Mavericks and later versions are all available for free.

The OS X Mavericks 10.9.5 update is recommended for all Mavericks users. It improves the stability, compatibility, and security of your Mac.

For detailed information about the security content of this update, please visit: http://support.apple.com/kb/HT1222