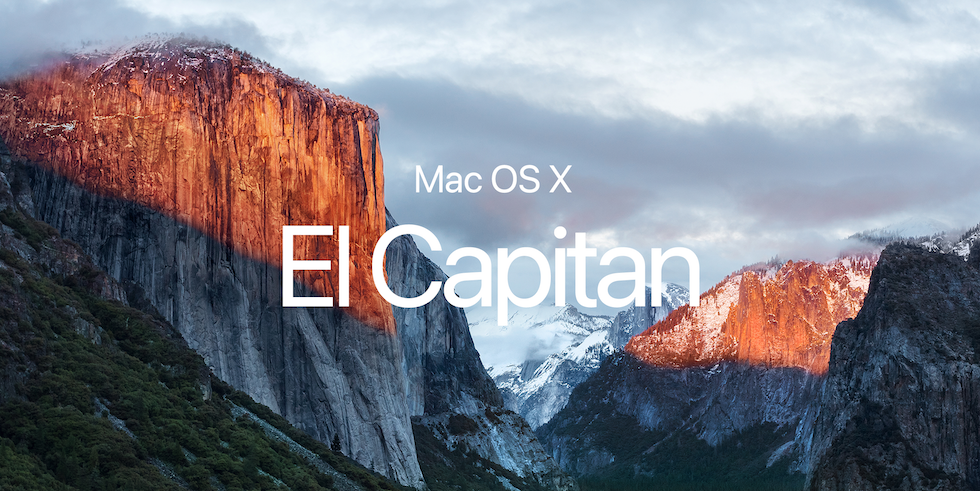 OS X El Capitan includes features to improve the security, performance, design and usability of OS X. Compared to OS X Yosemite, Apple says that opening PDFs is four times faster, app switching and viewing messages in Mail is twice as fast and launching apps is 40% faster. The maximum amount of memory that could be allocated to the graphics processor has been increased from 1024 MB to 1536 MB on Macs with an Intel HD 4000 GPU. OS X El Capitan supports Metal, Apple's graphics API introduced in iOS 8 to speed up performance in games and professional applications. Apple's typeface San Francisco replaces Helvetica Neue as the system typeface. OS X El Capitan also adopts LibreSSL in replacement of OpenSSL used in previous versions.

iTunes is no longer being updated, but is able to download driver updates to sync to newer devices. (iTunes is replaced by separate apps in macOS Catalina, including Music, TV, Podcasts, and Finder for syncing devices.)

All Macintosh products that can run Mountain Lion, Mavericks, or Yosemite can run El Capitan, although not all of its features will work on older models. For example, Apple notes that the newly available Metal API is available on “all Macs since 2012”.

These computers can run El Capitan, provided they have at least 2GB of RAM, with an exception:

This update is recommended for all OS X El Capitan users.

The OS X El Capitan v10.11.6 Update improves the stability, compatibility, and security of your Mac, and is recommended for all users.

See Apple Security Updates for detailed information about the security content of this update.