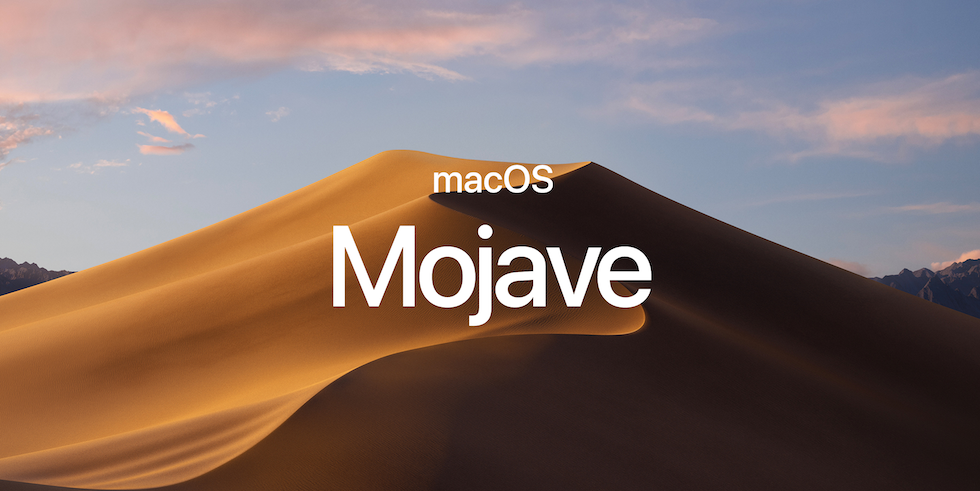 macOS Mojave was announced on June 4, 2018, at Apple's annual Worldwide Developers Conference in San Jose, California. Apple pitched Mojave, named after the California desert, as adding "pro" features that would benefit all users. The developer preview of the operating system was released for developers the same day, followed by a public beta on June 26. The retail version of 10.14 was released on September 24, 2018.

macOS Mojave is unsupported as of October 2021 and the latest released update is macOS Mojave 10.14.6. iTunes is no longer being updated, but is able to download driver updates to sync to newer devices.

macOS Mojave (version 10.14) is the fifteenth major release of macOS, Apple Inc.’s desktop operating system for Macintosh computers. Mojave was announced at Apple’s Worldwide Developers Conference on June 4, 2018, and was released to the public on September 24, 2018. The operating system’s name refers to the Mojave Desert and is part of a series of California-themed names that began with OS X Mavericks. It succeeded macOS High Sierra and was followed by macOS Catalina.

macOS Mojave brings several iOS apps to the desktop operating system, including Apple News, Voice Memos, and Home. It also includes a much more comprehensive “dark mode”, is the final version of macOS to support 32-bit application software, and is also the last version of macOS to support the iPhoto app, which had already been superseded in OS X Yosemite (10.10) by the newer Photos app.

Mojave was well received and was supplemented by point releases after launch.

macOS Mojave requires at least 2 GB of RAM as well as 12.5 GB of available disk space to upgrade from OS X El Capitan, macOS Sierra, or macOS High Sierra, or 18.5 GB of disk space to upgrade from OS X Yosemite and earlier releases. Some features are not available on all compatible models. Mojave installations convert the installation volume to Apple File System (APFS), if the volume had not previously been converted from HFS+.

macOS Mojave is available for download on Apple’s App Store.

The macOS Mojave 10.14.6 update improves the stability and reliability of your Mac, and is recommended for all users.

This update:
• Makes downloaded issues available in the My Magazines section of Apple News+, both online and offline
• Adds all publications in Apple News+, including newspapers, to the catalog at the top of the News+ feed
• Adds the ability to clear downloaded magazine issues in Apple News+ by selecting History > Clear > Clear All
• Addresses an issue which prevents creation of a new Boot Camp partition on iMac and Mac mini with Fusion Drive
• Resolves an issue that may cause a hang during a restart
• Resolves a graphics issue that may occur when waking from sleep
• Fixes an issue that may cause fullscreen video to appear black on Mac mini
• Improves file sharing reliability over SMB