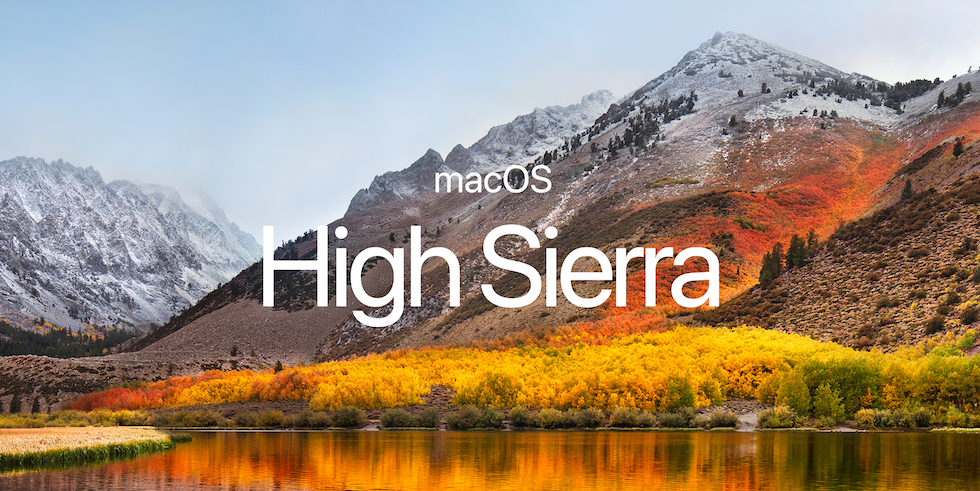 Apple File System (APFS) replaces HFS Plus as the default file system in macOS for the first time with High Sierra. It supports 64-bit inode numbers, is designed for flash memory, and is designed to speed up common tasks like duplicating a file and finding the size of a folder's contents. It also has built-in encryption, crash-safe protections, and simplified data backup on the go.

macOS High Sierra is unsupported as of November, 2020 and the latest released update is macOS High Sierra 10.13.6. iTunes is no longer being updated, but is able to download driver updates to sync to newer devices.

macOS High Sierra (version 10.13) is the fourteenth major release of macOS, Apple Inc.’s desktop operating system for Macintosh computers. macOS High Sierra was announced at the WWDC 2017 on June 5, 2017 and was released on September 25, 2017. The name “High Sierra” refers to the High Sierra region in California. Following on from macOS Sierra, its iterative name also alludes to its status as a refinement of its predecessor, focused on performance improvements and technical updates rather than user features. This makes it similar to previous macOS releases Snow Leopard, Mountain Lion and El Capitan. Among the apps with notable changes are Photos and Safari.

macOS High Sierra is supported on all Macintosh products that can run macOS Sierra:

It is possible to install High Sierra on many older Macintosh computers that are not officially supported by Apple. This requires using a patch to modify the install image or you can use a boot loader called OpenCore Legacy Patcher.

This update is recommended for all macOS High Sierra users.

The macOS High Sierra 10.13.6 Update;adds AirPlay 2 multiroom audio support for iTunes and improves the stability and security of your Mac. This update is recommended for all users.

Other improvements and fixes: